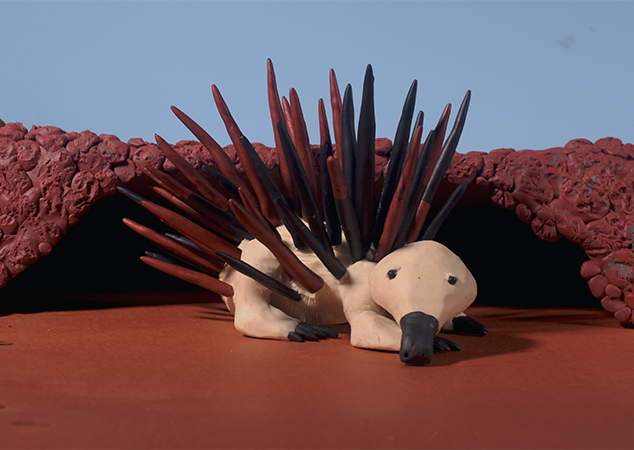 The Echidna Story project was initially conceived in Alice Springs during a break in the filming of ICTV’s Our Bedtime Stories Series 1 . Traditional owner, Arrernte elder, and co director of Children’s Ground, Margaret MK Kemarre Turner, the featured story teller in episode 1 of the Bedtime Stories series, told a story to the ICTV crew of Gina Campbell and her childhood pet echidna. The humorous story was told in a mix of Arrernte and English and was a highlight for many of the crew – many noting the beautiful dynamic between MK Turner, a senior elder, and Gina Campbell an emerging Indigenous media worker.

This project is currently in production.

The Echidna Story Animation is supported by Community Broadcasting Foundation.