“The first series was a great hit, popular not just with children but also with adults who enjoy the traditional stories as much as the young ones.”

“There are 20 episodes in this second series of Our Bedtime Stories, filmed in remote locations including Goulburn Island, the Pilbara, Ti Tree, Kalgoorlie, Tennant Creek and Wilora. “

Our Bedtime Stories is an engaging way to impart language and cultural knowledge to younger generations, with storytellers using their traditional techniques.

The stories themselves tell about how animals and landscapes came by their particular features, such as why the crow is black and how the bluetongue lizard got its black feet. 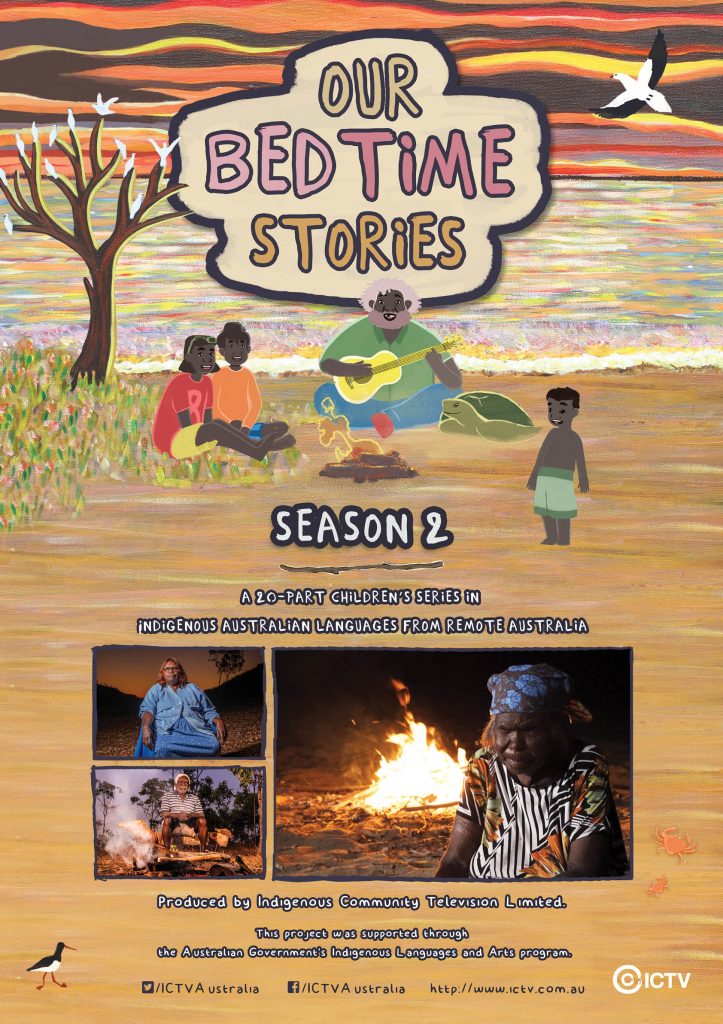 The new series follows the same format to the first series, and also features the original music of Thomas Saylor with the opening animation based on the artwork of Syd Bruce Short Joe from Pormpuraaw Arts.

Played from Sunday to Thursday nights at 7.30pm on ICTV, or anytime on demand at ICTV Play.

This project was supported through the Australian Government’s Indigenous Languages and Arts program.

Any cookies that may not be particularly necessary for the website to function and is used specifically to collect user personal data via analytics, ads, other embedded contents are termed as non-necessary cookies. It is mandatory to procure user consent prior to running these cookies on your website.